We had a great first year and hope you did too! We thought we’d leave you with something fun to shoo out the old year. Did you guess the game dialog from last week? With game writing improving by leaps and bounds, you may never see something like this again, so enjoy!

It’s that time of year again. The time when people tend to look back, think over their accomplishments, and wonder, “What the heck have I been doing with my life?!?” We’re going to go for a somewhat lighter take on the year-end review with an inside look into our stats and some highlights for the year.

Since the Writers Cabal Blog premiered February 18th, 2007, we have hosted two giveaways, written and designed for a number of games, and even saw our first joint project hit the shelves: THE WITCHER. Here’s how all this played out on our blog:

Rather than picking only posts with the most hits, we thought we’d highlight the best posts throughout the year, whether it be due to hits, due to comments, or because we say so.

Most foreign language in a single post:
Gender unknown: writing for French translation

And, my personal favorite…
Most blatant effort to attract 33 percent of all internet traffic, if you know what I mean:
Nipples! The Witcher UK

We’d also like to give a big shout out to Gameproducer.net, Manifesto Games, Dave Gilbert at Wadjet Eye Games, Joyce at Joycecom.com, and Chris Avellone for prizes, links, and all the goodies that helped get our blog off the ground and running. Of course, we wouldn’t have done it at all if not for you, dear reader. Thank you for all your support!

What’s in store for next year? Well, you’ll just have to stick around and find out. We have some exciting announcements in the new year, so subscribe, check back, and keep on reading!

Guess that game dialog! This week we’ll literally ask you to guess the infamous line of dialog that came from ZERO WING! If you can’t remember, check back next week to see what the line was.

How to get the audience to believe you

I was watching a documentary series about different kinds of evil, and when I heard about this trick, I immediately saw its usefulness in just about any type of writing.  Ready for it?

When people listen to a statement, they default to thinking it’s true.  Usually they take a moment to process it, then decide whether that original assumption was right or not.  What certain evil people do is make a statement they want someone to believe, then interrupt this processing time.  The interruption prevents the listener from reassessing the original statement, and so in his/her mind, it will remain true.

This sounds pretty evil, right?  Well, if misleading your audience is evil, then all writers are evil.  Here’s how it would work.  You want your viewer/player to suspect Joe, so you have someone who is trying to frame Joe say something like, “Joe is a killer just waiting for an opportunity.”  Or you could have someone who’s just misguided about Joe say the same thing.  Then immediately you interrupt your viewer’s processing of this information with a huge distraction.  The distraction could be relatively mild, or something as large as an explosion.  Your viewer/player will accept the idea “Joe is a killer” until you do the big reveal.

I’ve certainly seen plenty of movies where the clues are laid in, so subtle you can’t even find them.  What’s interesting with this technique is it’s not so much a clue as a misdirection the audience will blame itself for not recognizing.  Obviously Sally was framing Joe, or obviously Sally didn’t know what she was talking about with Joe, but for some reason, I believed what she said when she said it.

I wish I could test how successful it was in different media and also the degree of distraction you’d need for it to work.  This technique would be the most difficult in prose, since the reader can interrupt him/herself at any time.  I’m wondering if an act break, which might leave to, say, a commercial would be sufficient distraction, or whether that would leave the viewer with too much time to dismiss the statement.  Anyone have any thoughts on this?

We’d like to wish our friends, family, and readers a happy holiday season! Even though you may not be in the same city, state, or country, we hold dear the connection we’ve had during this time. 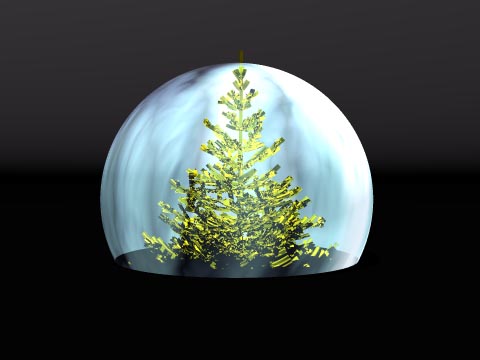 As I prepare to return to France in the new year, I am hopeful that we’ll see many wonderful games in the future!

“This is actually good general feedback for ANY creative process. Number 1 is especially good: remember to hear the request UNDER the request.”

Feedback in game writing tends to follow a unique pattern, however.  Developers are most likely to make requests to accomodate gameplay or production issues.  And what is the request most often really about?  In many instances, the feedback really concerns some story or writing issue.  Developers can save a lot of time if they give good feedback about the writing or story.  Once that issue has been addressed, the gameplay or production issues are a relatively easy hurdle.

I admit I have been guilty of saying “We can’t do that” first before addressing the story, and sometimes it is appropriate.  At one point, I was pitched the idea that the player would be put in prison and have to fight his/her way out of the level.  While this idea is pretty standard fare in single-player games, this was an MMO.  If the entire point of this story was for the player to feel trapped, it could never happen in an MMO, especially one designed for a casual player.  How would the player log off?  How would the player leave to go help his/her guildmate with a quest?  The premise would get lots of pushback from designers and players alike.

Not all stories are so linked to gameplay, however.  On another game, we played with an idea that involved the player saving a crazy man, who, in his madness, had made a mess of his life.  Player would then go on a series of quests to fix his life.  The feedback on this story centered on issues like “We don’t have that gender NPC.  We don’t have that type of area here.  We can’t do this chain.”  After we pointed out that all the specific quests could be changed while keeping the story arc the same, the developer at last revealed the true issue: He just didn’t like the story.  We came up with another idea that sat better with the developer and moved forward.

Clearly giving story or writing feedback first can save you time and hassle.  If you’ve helped your writer “get it,” then you should have few gameplay concerns anyway.  What may come as a surprise is that writers actually want story feedback — it’s what they’re listening for.  If you don’t feel confident giving story feedback, make sure you hire writers who can support each other that way.

Guess that game dialog goes on hiatus this week.  Check back next week for more, or throw out your own line of dialog and see if we can guess it!

Happy Game Blogs Giveaway!  For the past week we ran a competition here at the Writers Cabal Blog where every comment that you left on the blog put you into the draw to win a copy of THE WITCHER (UK), co-written by yours truly.

We conspired with a select group of other game bloggers to give away other games.  Check out their sites to see who won! 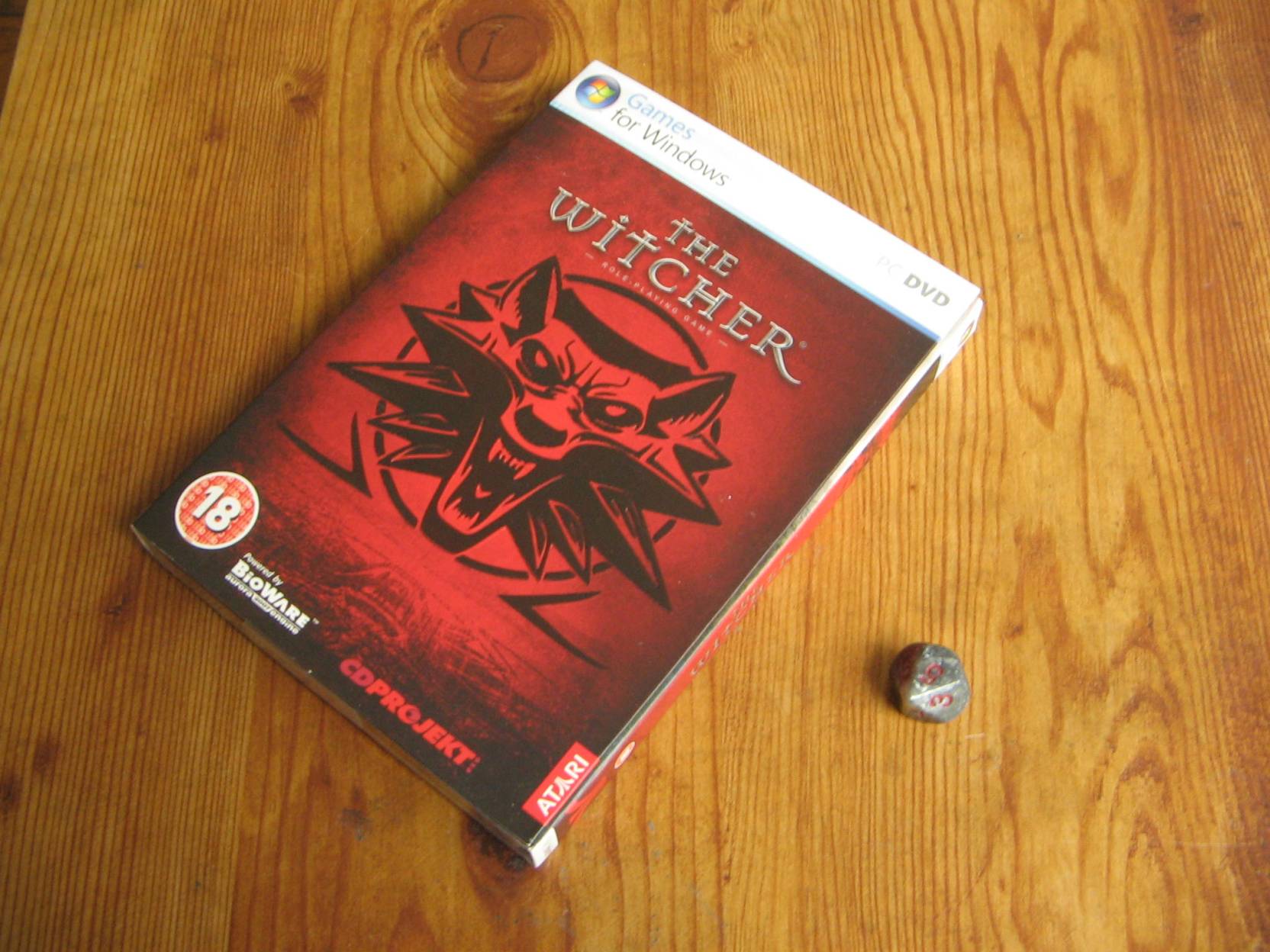 From our pool of eligible posts, we selected our winner by a very appropriate role of the dice.  And now, the moment you’ve been waiting for, the winner of THE WITCHER is…

Congratulations, and Martha will be getting her very own copy in the mail soon.  In addition, we’ll be answering her comment in a post all its own.

Thanks to everyone else for your participation in both the competition and community on the Writers Cabal Blog. If you didn’t win, you can always pick up a copy of THE WITCHER via download or order on-line.

Found this blog entry useful? Click here to e-mail it to someone!

The joys of writing…

It’s a special moment in a writer’s life, when s/he looks over old writing and comes across, quite randomly in the middle of the piece, the four words all writers love to see: “WHY DOES THIS SUCK?”

It just goes to show you that we really are our own worse critics.