I’ll be keynoting the Imagine Film Festival today with a focus on worldbuilding in science fiction. They’ve actually labeled the talk “Worldbuilding in Space,” so I have to warn you, it will have nothing to do with this:

I’m very sorry, as I know this is a huge disappointment. Here are the details of the actual talk:

Where: Eye Filmmuseum, Amsterdam, the Netherlands
When: Wednesday, April 17, 5:30pm
What: Anne Toole started out as a writer for television and quickly developed towards video games. She has a preference for writing mysteries, horror, fantasy and sci-fi and has produced a large body of work. She worked on big games like The Witcher, Assassins Creed: Origin and Horizon Zero Dawn, as well as writing a lot about writing genre games.

In her keynote speech at Imagine she will talk extensively about her area of expertise, with an extra focus on sci-fi. How do you develop a sci-fi world as a writer, what do you pay attention to, how do you work with artists and game designers and what are the pitfalls of the genre?

Hope to see you there!

If you didn’t get your game narrative yayas out at GDC and you’ll be at Reboot Develop Blue today, check out the Heroes of Narrative panel. I’ll join the esteemed Chris Avellone and Charles Cecil as we discuss the trials and tribulations of crafting in-game narrative. All attendees will walk away with an idea of where game narrative is, and where it’s going!

I also had the opportunity to speak at a panel this Thursday on another panel.

Interactive Empathy – Citizenship and Storytelling in Video Games
Goethe Institute Panel: Hendrik Lesser (remote control productions/EGDF), Renaud
Charpentier (Tower Five), Anne Toole, Andrej Kovacevic (Exordium Games), moderated by Srdan Laterza
Description: Games that tackle serious social issues have the power to inspire players’ empathy by letting them feel the world from the outsider’s standpoint. As the most immersive medium, games also change our everyday lives by impacting economy, storytelling, and culture. Do games have the power to change the world by enhancing empathy amongst the worldwide audience?
*** The round table panel is a part of Interactive Empathy, a project by Goethe-Institut Kroatien and Institut français de Croatie, within the framework of the Franco-German Cultural Fund***

There mayyyy be write-ups of it online soon! 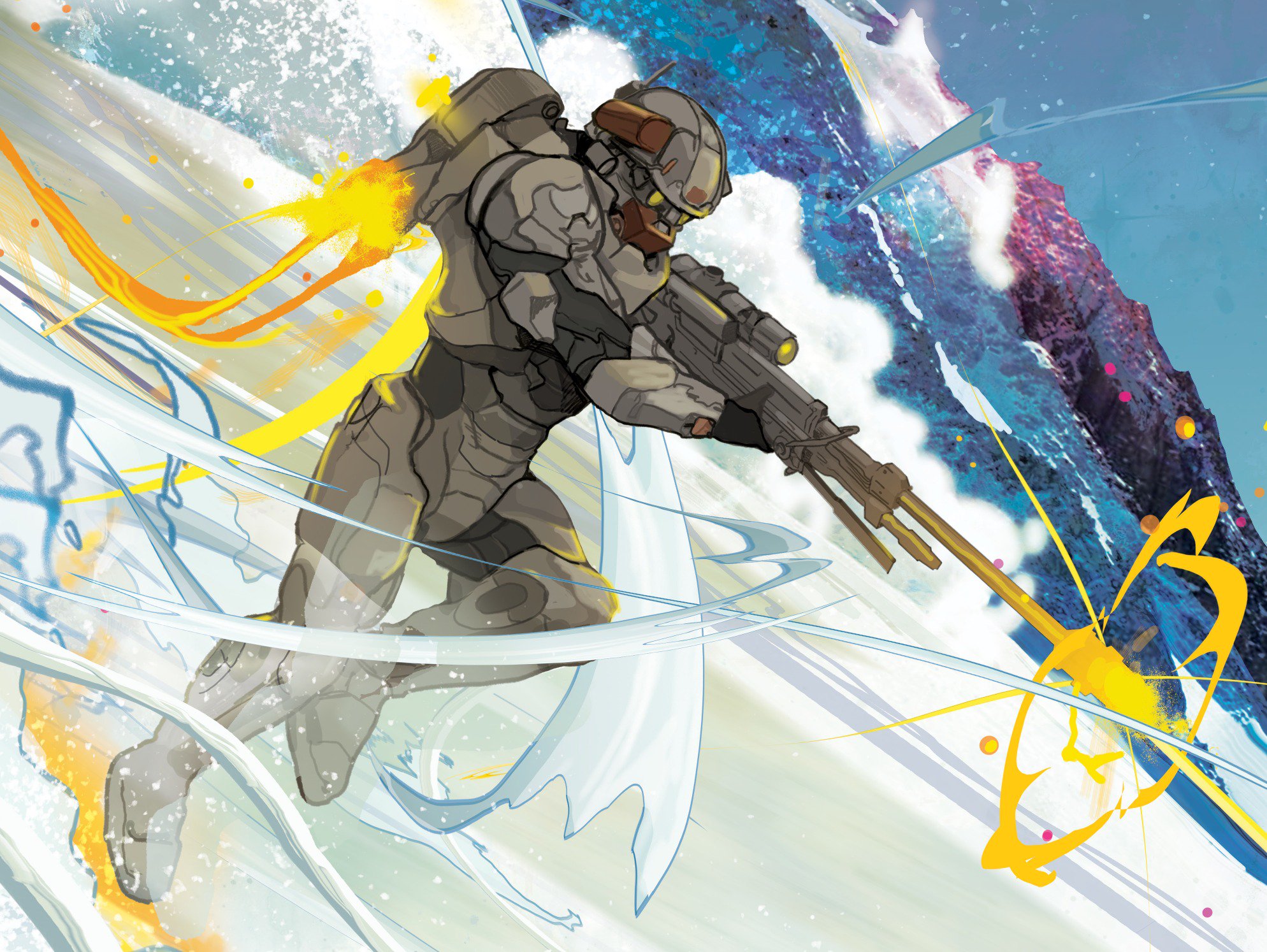 Join in for the thrilling conclusion of HALO: Lone Wolf, as issue #4 appears on shelves today. It has been a super fun journey to write for the Halo universe and witness fan reactions. Here is the final (sniff, sniff) synopsis:

In her final confrontation with the rogue scientist Dr. Chen, Spartan Linda-058 and her AI companion find themselves in a race against time to end the threat posed by the disenfranchised doctor and evacuate the endangered civilian settlement before Covenant forces overwhelm them all.

Check out a preview of HALO: Lone Wolf #4, or find it at your local comic shop!